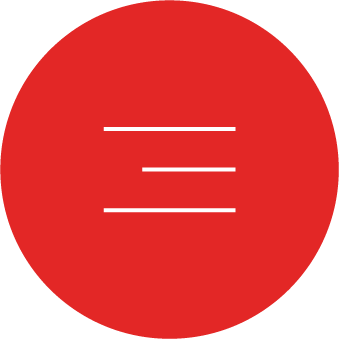 Toilet humor — you either love it or (we think) pretend to hate it. Few things are as unifying as the porcelain throne, making it the easy butt of many jokes … and marketing campaigns.

So really it’s no surprise that I found inspiration for this blog while in the loo. Reading a bottle of Poo-Pourri, I was struck by the company’s clever marketing approach (more below on what they’ve got going on, but think British princess encouraging you to “Own your throne!”).

It put me on the lookout for other such hidden gems, and I was surprised to find that some of the most bold and memorable marketing showed up in unexpected places, from the produce aisle to the back of a lottery ticket.

Related: Good marketing means catering to your client’s core business, but that doesn’t mean you can’t color outside the lines sometimes.

How does marketing that’s outlandish, bawdy, and downright weird work? Then it dawned on me — it’s yet another case of knowing your audience. It’s the “one-man’s-trash” effect: An approach that might offend or befuddle one audience will leave another laughing out loud, sharing commercials, and, ultimately, coming back for more.

Here’s a look at some of the marketing teams for which it paid off to, well, go there — and how to follow their leads.

The genius team at Poo-Pourri took an unorthodox approach to restroom breaks. Their tag line alone (“Spritz the bowl before-you-go and no one else will ever know!”) sums up what they’re about, but it’s the sprawling brand story they’ve built around it that had me taking notes. The unbecoming act of bowel movements is (very openly) discussed by prim and proper princesses (sitting atop their “thrones,” gowns and all), and their cheeky, punny tag lines (“We give a crap”; “Flush yeah!”) are delivered on pretty and intricately designed dispensers (there’s even a refill indicator that notifies you when it’s the “end of your reign”).

Still, amid the funny business is an important core message: Their more than a dozen fragrances are full of natural goodness, and they actually work. And as a result, the company has sold more than 20 million of those little bottles — in fragrances like Royal Flush and Call of the Wild — since its 2007 inception.

Why It Works: Building a Bond

Poo-Pourri has a clearly defined audience — modern, eco-conscious women — and they go after them boldly. Instead of letting what happens in the loo remain taboo, they’re owning it. The risk works because the subject matter is relatable, and, as a result, they’re creating a community with and among their customers. And as it turns out, people like bucking the social norms associated with bathroom business, so long as they’re not the only one. Because who doesn’t want to get in on a dirty little secret?

Remember when you heard that Johnny Depp dropped $3 million to blast Hunter S. Thompson’s ashes from a cannon? The eye-roll that ensued is exactly the emotion the New York Lotto capitalized on in its recent “Way Better Rich Person” campaign. The idea was to showcase the eccentricities of a series of (seemingly) fictional wealthy New Yorkers to get fellow city dwellers to think about how they could be rich … better. There’s a hilarious cast of characters and even an online quiz to help you figure out whom exactly you’d make a “way better rich person” than. (Apparently, I beat out the Hyper-Localized Hyper-Naturalist. He wears bamboo cotton chinos.)

The campaign reached more than 90 percent of New Yorkers, and lotto sales increased 16 percent since the campaign launch. (Also, the quiz is fun.)

Why It Works: It’s Fun to Poke Fun

By pointing out these outrageous examples of excessive spending, this campaign takes a dig at the snobbishly rich we all love to hate. Plus, it elicits a little healthy competition, betting regular New Yorkers that they would spend their winnings better than not only this ridiculous cast of characters, but the real people that inspired them. By taking a totally new incentivized approach to an otherwise tired scheme, they opened the door to a new audience — and a new way of thinking about their product.

HVAC technicians finally realized that they were walking around naked thanks to an in-store campaign from our clients at Lennox Industries. The tag line “Don’t go naked without your tools. We’ve got you covered.” was paired with clever signage indicating that they were missing important parts of their wardrobe throughout the Lennox PartsPlus® store — the phrase peeked over the tops of blue jeans on receipt covers and empty tool belts draped over sign corners with the phrase, “Feeling bare?”

The campaign saw more than 90 percent participation in Lennox PartsPlus® locations across the United States and Canada, not to mention recently scored a Stevie Award for outbound marketing program of the year.

Why It Works: Winning the Attention of Non-Shoppers

The Lennox audience is full of hardworking Mr. Fix It types who tend to have a get in, get out mentality when it comes to shopping. There’s always a job waiting, and, as such, time is money — so it’s hard to get them to notice in-store promotions. We had to find something that would break their laser focus and get them to think that maybe they did need to stock up on tools after all — and this playful, immersive, attention-grabbing campaign did the trick. In fact, customers were so enthused by the campaign that they initiated their own hashtag, #NakedWithoutTools.

Avocados From Mexico has found its niche touting those funky fruits with equally quirky advertising, but their #AvoSecrets campaign was especially list-worthy — and for reasons beyond their goofy approach. The brilliance of their 2017 Super Bowl ad was its position as a full-blown social media campaign. My favorite part was this microsite that created an immersive, interactive user experience (if you take a second to click around on the “mysterious phone,” you’ll see that it’s chock-full of hilarious hidden gems — particularly the emails).

Why It Works: Spreading Their Reach

The big win for this one was its ability to expand its audience. Avocados From Mexico consumers have traditionally been 25-to-45-year-old health-focused women, but this campaign reaches beyond that demographic by giving users the chance to personalize their own experience. Love Instagram? Play around with their secret filters. Want to travel? Tweet an #AvoSecret and you could win a trip to Spain or French Polynesia. There’s even a game-winning guac recipe from Tim Tebow (yes, it looks delicious).

Regardless of their product, these unexpected efforts excelled for the same reason — their teams understood their audience. Knowing whom you’re writing to makes all the difference in communicating effectively and building great content.